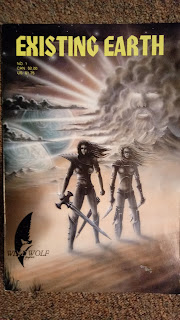 Where I picked up this book I honestly can't remember but I do know it was the striking cover by Terry Gilecki that was the deciding factor. Such a cool '80's airbrushed cover... love it! 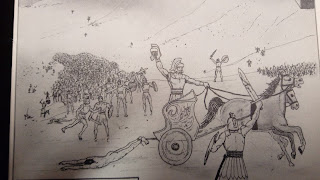 Our story opens in 1186 B.C. as the city of Troy attempts to withstand the onslaught of the Greeks' attacks that has lasted an astonishing nine years. Slain soldiers lie dying as naked bodies and helmets are dragged by Greek chariots in a horrific display of conquest.

The king cries in despair for his son Hector who has been killed by that heel Achilles.

His other son Paris is apparently unloved (and obviously disrespected) by the king. He decides to take out his frustrations by beating up on one of his own guards and then picking a fight with his woman, Helen of Troy.

She taunts and insults Paris to the point that he almost strikes her. 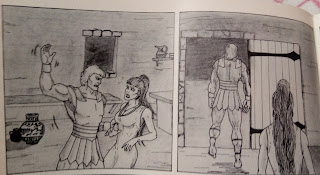 Stopping short he decides to walk away instead heading through the streets of the kingdom. He begs Apollo for the strength to do what he must to end this unending war. On his walk he sees the death and despair of his people and remarks how the Gods care not for the fate of mortals.

But suddenly he is snatched into a dark corner by a shadowed foe! 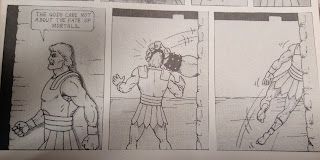 We then are transported to a realm unknown as a ball of light speaks to shrouded figures who seem to be sleeping on a slab of stone floating through outer space. 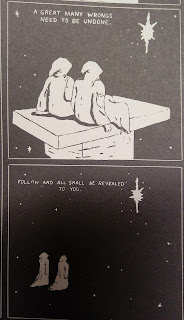 The light begins to lead them to their task at hand. The light narrates the tale of the existing Earth and its origins. Earth was created for mortals by the God Ora who then created man to live there and guard the planet from interference by other Gods. Wanting to see man multiply, Ora plucked one of the man's ribs and from it created woman.

The remainder of this powerful rib was given to a group of Ora's favorites to protect it. This rib was the only means that other Gods could use to create other mortals to do their bidding on Earth.

But the other Gods created a dark alliance to devise a plan to gain control of the all powerful rib.

Luther, the God of trickery, suggested they use it to create parallel Earths so they would each have a world to rule over! 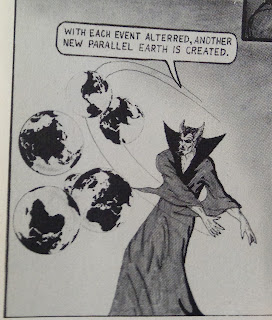 They loved the idea and sent Luther in the guise of one of Ora's sentinels to swipe the relic. Luther smashed the case it was held in and used a Ring of Conveyance to transport himself away from the other sentinels. 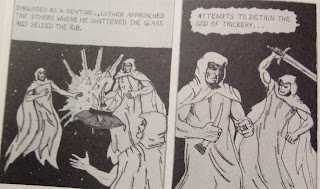 When news of the theft reached Ora a war of good verses evil began. The battle raged on and on. The rib was eventually recaptured by the forces of good but the dark alliance managed to enslave the powerful Ora.

With the final bit of the rib the forces of good created two warriors to fight for the light. These two were Tempest and Arian, two females imbued with the complete knowledge of weaponry and the consummate skills of battle.

With these abilities they are expected to champion the Gods of light and destroy the dark alliance once and for all.

We're then treated to a great scene of the two warriors suiting up for battle reminiscent of the montage scene from the classic television show "T and T" starring Alex Amini and Mr. T! 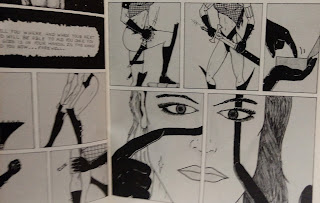 We cut back to that dark alley where Paris is being bullied by those shadowy fiends from earlier. 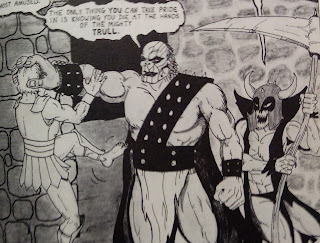 Suddenly the biggest of the villains arm is chopped off by an unseen avenger. 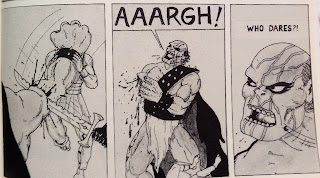 It is Tempest and Arian come to fight for the forces of light! 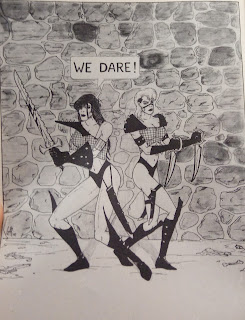 And that is how the issue ends.

Torn between drawing the crying king and the God of trickery Luther, I chose the latter as seen below. 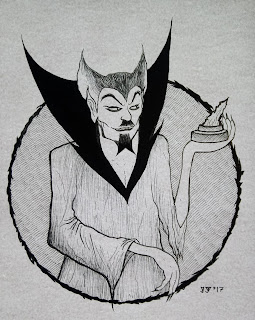 Overall this comic was a little boring but I did enjoy some of the scenes and characters and would definitely read issue two if I happened upon it (especially with its sweet cover of evil hands wringing the blood from a heart as it spills down upon a sword again airbrushed by Gilecki). 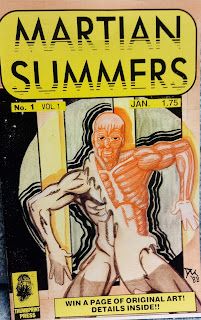 Posted by Veggiedogsaturn at 8:10 PM