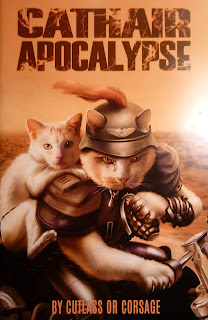 In the summer of 2016 I was working at the comic shop when a fellow walked in with an energy and air about him that was wholly unique. He was dressed in black with cat tattoos upon  his arms. He went on to explain how he was an artist for some of the DC Comics kids books (Scooby Doo, I want to say) and was tired of not being able to pay his mortgage on the paltry amount of money he made from his work for hire drudgery.

That is why he made the plunge into the deep end of creativity and produced Cathair Apocalypse! This was his new creator owned comic that he (along with  his pet cat) was touring across this fine nation selling copies to comic shops and convention patrons alike. I flipped through it and was immediately enamored. We purchased five copies and he thanked me and walked out to his van to share a can of tuna with his cat.

Seriously, this dude was hard core. Like Black Flag era Henry Rollins mixed with a crazy cat lady. And I love him and everything he stands for. But for the life of me I can't remember his name. It's not in the comic and I can't seem to find it online anywhere. He's like a ghost. An amazing ghost who produces strange comics. And not just strange. This is the strangest book you will ever see. In a great way. Welcome, my friends... to Cathair Apocalypse!

This is the story of a post apocalyptic world where the humans have finally become extinct (we all  new it was inevitable) and the cats of the world have gained dominance of the planet (also inevitable).

The odd thing about this book is that the anonymous creator has taken a ton of photos of different cats and drew costumes around the photos to make up the characters in each panel. Something that sounds obnoxious and uninteresting... until you actually see it!

It's very lovingly done with obvious patience and skill. So, now that you know what we're looking at here I'll get into the story...

Lord Cutemungus and his band of marauders are pillaging the civilized realms for their wealth and catnip as he kidnaps the young kittens to rope into his gang. 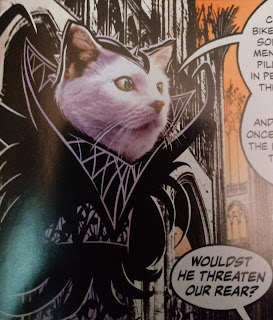 The king's daugher, Luscratchia volunteers to face this cur! 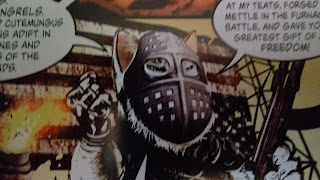 Meanwhile, Cutemungus offers his followers freedom as he leads them to take the royal palace!
Then we get a little of the world fleshed out. Apathy takes its toll on some as they waste away in a catnip den. 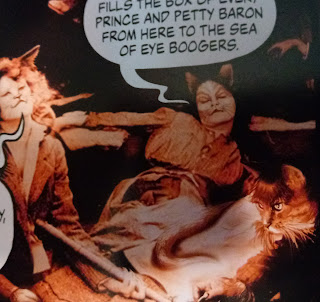 We also get a little exposition explaining how the cats grew tired of bowing to their human overlords and overtook the structures meant to enslave them. 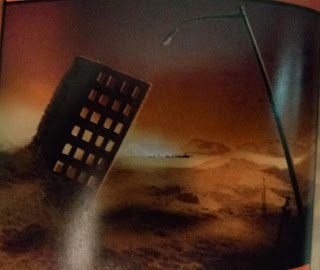 The cats who were able to seize control of the milk and tuna factories of the world became the new leaders.

We are then treated to a glimpse of the corrupt kitty clergy as they devise political plots and experiment with expired McDonalds chicken nuggets and honey mustard to commune with the ancient and gain their wisdom. 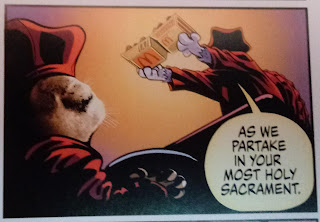 But when the king overdoses on this hallucinogen the litter hits the fan! 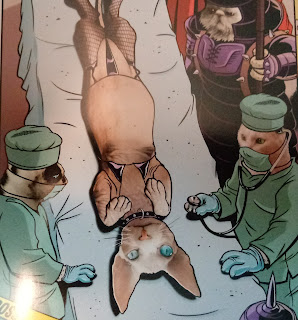 The marauding lifestyle seems to be taking its toll on Lord Cutemungus. He reveals he is ready to settle down with his lover. 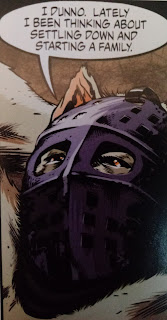 On her way to intercept Cutemungus, Luscratchia's vehicle becomes stuck in the fur of The Friska Potamus, a giant kitty whose very belly is the landscape! 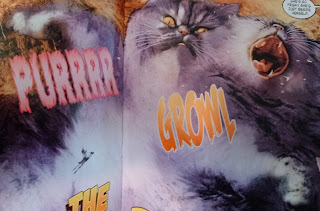 Lord Cutemungus comes to her rescue at the last moment and Friska burrows into the desert sand. 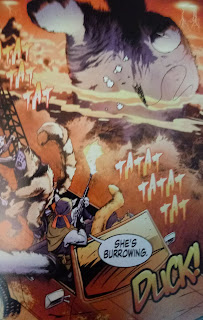 Cutemungus and Luscratchia reveal they are indeed secret lovers no doubt with political plans of their own!

Thus ends the first issue of Cathair Apocalypse. But it really doesn't end there at all. The mysterious creator of this book has made an app (#cathairapp) to allow readers to upload pics of their own kitties into sweet and bizarre costumes and scenes! 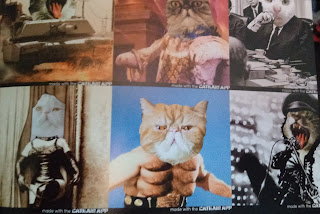 There are also ads detailing how one might purchase apparel with such images on them (shirts, mugs,  pillows, etc), buy home delivered all natural biodegradable cat litter or even just connect with the cat entertainment we all secretly crave! 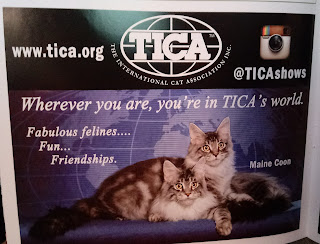 I have to tell you, I tried to draw a couple of different characters from this book but my artwork could do no justice to the awesome photo mashups in the book. So, instead, I decided to try my hand at it with the below pic of my pal Goo (who lived with me for nineteen years and departed this world in December of last year) with the amazing King Buzzo of the Melvins! What fun. 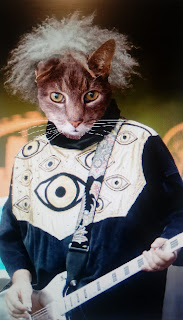 Oh, and by the way our store sold all five copies of Cathair Apoc so we restocked...and sold out again! We need more!!

Thanks for joining me and be sure to find a copy of Cathair #1 for yourself. You won't regret it! Visit the website at cathairapocalypse.com

And stop by in a few weeks to see what this next treasure is all about... 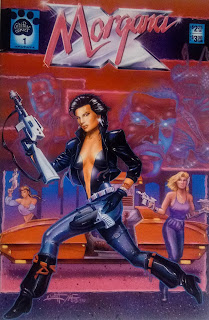 Posted by Veggiedogsaturn at 10:37 AM 2 comments: